How to bring people to your own reality 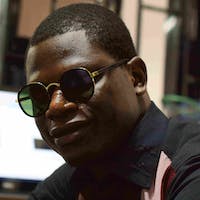 Have you ever wondered why Special Anti-Robbery Squad (SARS) brutally harass good-looking young ones with a laptop or any (not even that expensive) computing device? Let me take you on a brief journey.

I grew up in a town where there is less access to information. A cousin of mine who moved in with us from a nearby city often tells us about Wrestling, undertaker, Kane and a whole lots about life in the city. Because I couldn't imagine some of the scenes such as fighting wrestling, got beaten up that much and still survive death, I termed most of his words as lies meanwhile, in reality, he is telling the truth. I can still remember his reactions like swearing with almost everything he could think of to make me believe he is saying nothing but the truth.

Well, some years afterwards, I had the opportunity to move to the city where I realized he has been telling the truth all along. I didn't believe him back then because of what I've believed to be impossible which happened to be a result of the kind of world I was living in. I couldn't imagine the possibility of those things thereby judged him base on my own reality.

This is the problem between the old generation and the current generation in Nigeria and Africa at large. The old generation never foresees the possibility of making millions of naira by just sitting at home in front of a computer. All they believed in was, to make money legally, you have to be out there in sun or in an office from 9 am to 5 pm doing one thing or the other, any other means of making money was regarded illegal. That's the world they found themselves and it really worked for them.

Fast-forwarding to the computer age, lots of jobs have been moved from the street to the hands of those who have the skills, or what it takes to make things happen electronically. This is contrary to what the old generation believe and thereby make them term making money from this means illegal or crime.

Do you have a hint now?

The main thing now is, how do we bring the old generation to the reality of what is happening now and make them see where the world is going?

For some reasons, I engaged my mom in a 4 hours conversation just to explain how I make money staying at home, sitting at a spot for hours and even went further to let her know the possibility of someone making millions of naira by just walking into a board meeting, analyze data and derive a business model all within an hour. At the end of the discussion, all she could say is, "Wow, how can you make lots of people understand this, it's really going to help them". I had to do these because my mom started getting worried about what I do for a living. With just that discussion, I was able to shift her mind from the old way of seeing things to the new reality of how things operate.

For us to really end police brutality, there have to be a meticulous re-orientation across all ranks and also educating them on the possibility of using modern technologies in tackling modern issues. They need to know why they shouldn't use weapons on unarmed citizens. Yes, of course, they need an increment on their salary.

Coming to the individual level, We need to shalaye (explain) and soro soke (speak out) where necessary. I've read stories of landlords calling the Police to arrest tenants because they are not sure of what those tenants do for a living. When I tell people I'm a software engineer, some of them can't relate what that means because it doesn't sound like a nurse, chemist or lawyer(barrister will confuse some). So, what I do most time is to take my time to explain what it means and give them examples of top platforms and their developer (paystack is a good example to be giving people now). In some cases, I just tell them I work in a company (don't use IT firm) to avoid explanation.

To the last part, Will they believe you? In honesty, not everyone will believe you and it's simply because they can't relate. In situations like that, just look for a term they can relate with. That may be useful in bringing them to a reality that aligns with yours. 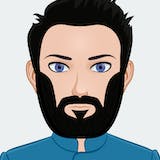 While your points are valid, I'll also like to point out that majority of them are 100% aware of the possibilities with modern technology. What drives their behavior is pure greed and envy

I think the bigger question is "Are they willing to come to our reality?".

I have an uncle that believes I'm a full-time hacker because I unlocked his WiFi router with tutorials I found online.

He doesn't seem to understand despite the countless numbers of time I had to explain he could also perform such magic with the help of the internet.